Purpose: To ascertain everyone who has a perspective or knowledge that may be useful to the research.

Description: Four different approaches to identifying stakeholders are extracted from Durham and colleagues (2014). It can be helpful to use one or more of them in any project.

In identifying stakeholders, it is important to be inclusive, at least initially, in identifying all those who “are affected by, who can influence, or may have an interest in the research.” As part of the identification process it is useful to consider:

It is useful to review whether key stakeholders have been missed over the course of the project, especially if priorities change.

Approach 3. Identifying likely stakeholder categories in advance and using them as a checklist.
Categories may include:

It can also be helpful to tabulate information on such stakeholders, as shown in the example below from Durham et al. (2014: 39). Describing what the identified stakeholders would contribute to the project and why they might wish to become involved can also spark ideas about other relevant stakeholders. 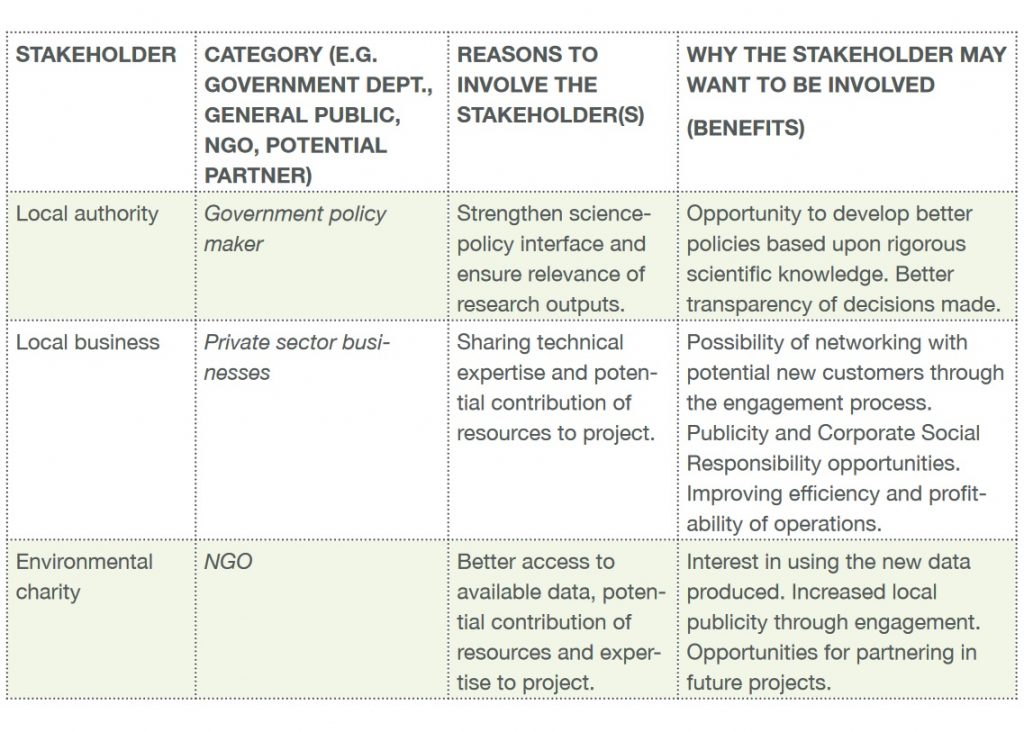 An environmental example taken from Durham et al. (2014: 45) is shown below. It involves identifying the major groups of stakeholders, who are placed at the centre of the map, and then progressing outwards by adding greater detail. 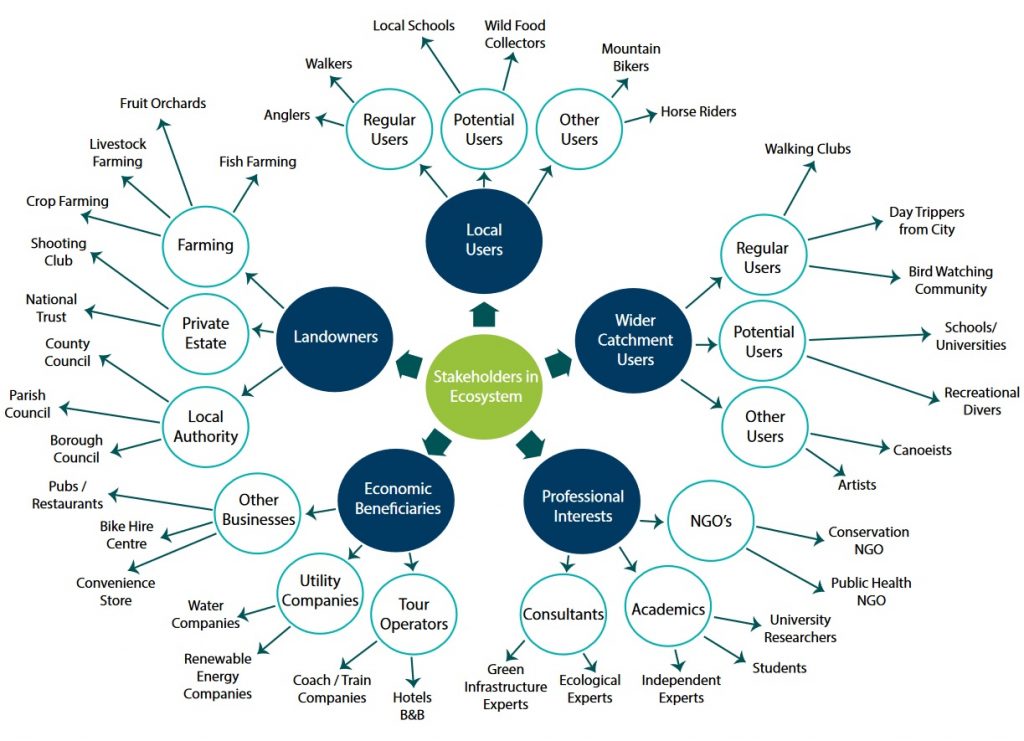 The processes described here can potentially identify a large number of stakeholders, often more than can be included in the research given available resources. In such cases further analysis is required to identify who may be most important to include and this is dealt with under “Stakeholder analysis” on this website (see also below).